Name That Saint or Hero Challenge

November 26, 2014
Last week, I helped my kid with his homework to name as many saints or heroes from a poster of cartoon characters. It was difficult and we could only name a few like Pope John Paul II, Mother Theresa, or Joan of Arc. These characters always wore the same clothes so it was easy. It was especially difficult naming the other characters  because I had just come back home from a week long trip by bus from Seattle. I wasn't really into it and could hardly see the image that my wife took of the poster. At one point, I named rapper Tupac Shakur as one of the characters on the poster (I'm a big fan). Under different circumstances, we would have named more but apparently our efforts were good enough because my kid received a medal for it. That's awesome. 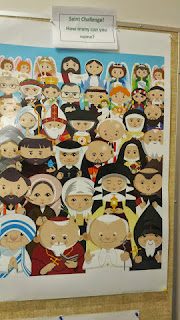 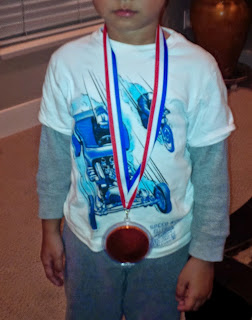