Where to go for your last week of Summer?

August 27, 2014
The end of summer is fast approaching but don't let that stop you from making one last trek down south of the border with the family before we all start donning clothes from our fall wardrobe. Head down during the week instead of the weekend for less lineups at the border crossings and at the zoos. It's also cheaper in terms of accommodation. Here is a transcript of our latest adventure.

Fun Center at Tukwilla
This is our second time at this facility and it's always a good time for the kids. There are arcade games indoors and fair rides outdoors. We drove the race kart twice around the track (once for each kid), did the trampoline, and sailed around in a rubber dingy with water guns on them. In the arcades, kids accumulated about 288 tickets, from winning games and by contribution from a couple who didn't care about redeeming the tickets for prizes. Kids were able to redeem about 4 different toys each with this number of tickets. 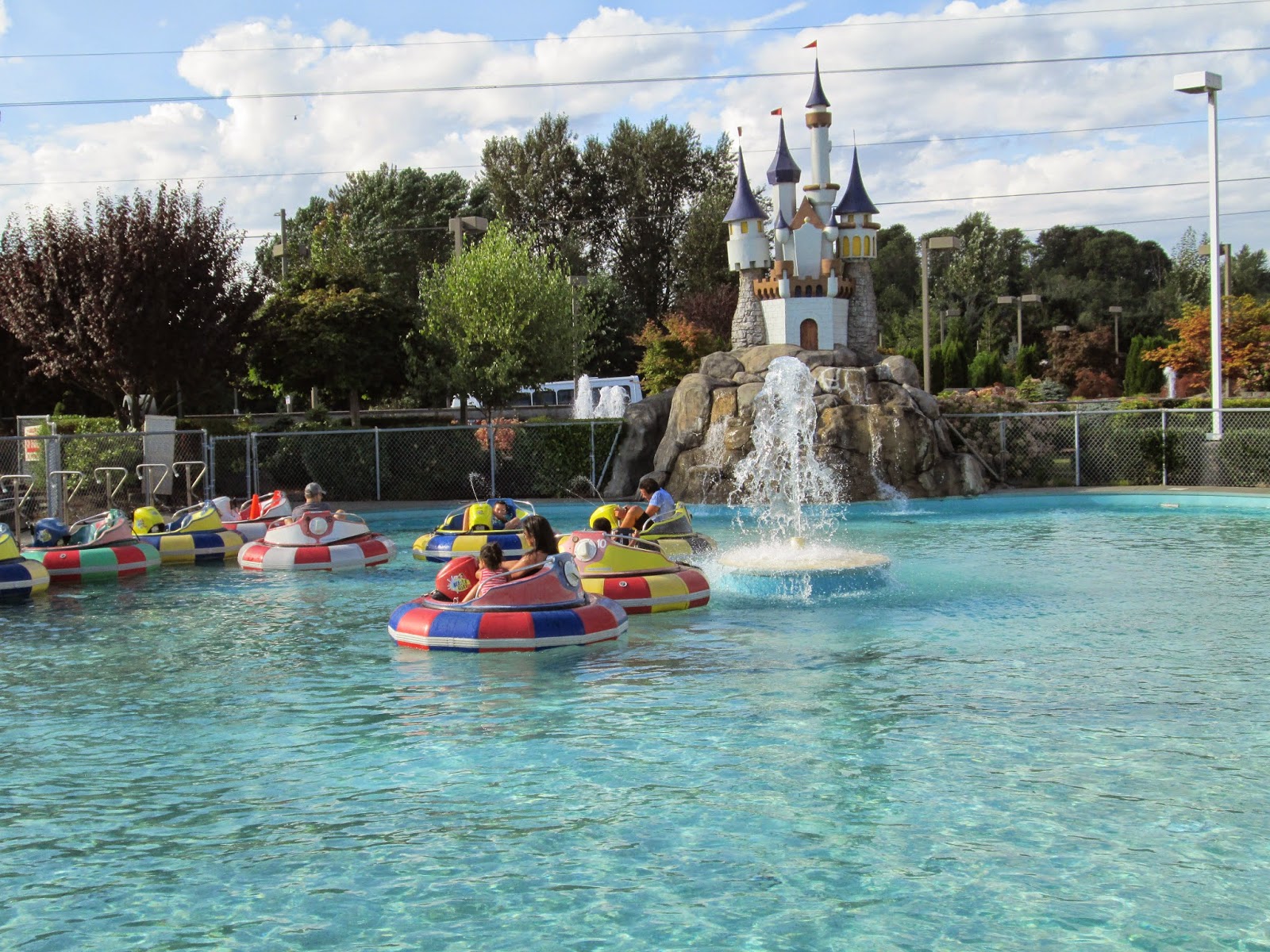 The Inn at Gig Harbor
We looked around for a decent hotel close to the Point Defiance Zoo and we decided to stay here because it was only 15 minutes away and also because the rate was reasonable at $145 per night. There is a bridge that separates Tacoma and Gig Harbor, and the view is amazing. The hotel is surrounded by dense vegetation, close to the freeway, has a view of Mt Rainier but no view of the water, and was marked a heritage building. It was like staying at the Empress Hotel in Victoria, which was quite nice and classy. There was a hot tub (which we didn't get to use), no pool, free breakfast, and places to eat at outside the hotel.  It was a very nice, cozy, relaxing stay for us.


Point Defiance Zoo & Aquarium at Tacoma
Before you head out to this zoo, print a copy of these coupons for each visitor to take $2 off your entrance fees. It's good for up to 4 visitors http://www.seattleattractions.com/wp-content/uploads/2013/05/Point-Defiance-01.pdf. The entrance to the zoo is like driving through Stanley Park in Vancouver, with winding roads through thick vegetation and a view of water (Owen beach). Parking was free and the entrance to the zoo and aquarium was very inviting. With well maintained gardens and grass, and a view of the water in the horizon, it's what kept it apart from Woodland Park Zoo in Seattle, in my opinion. 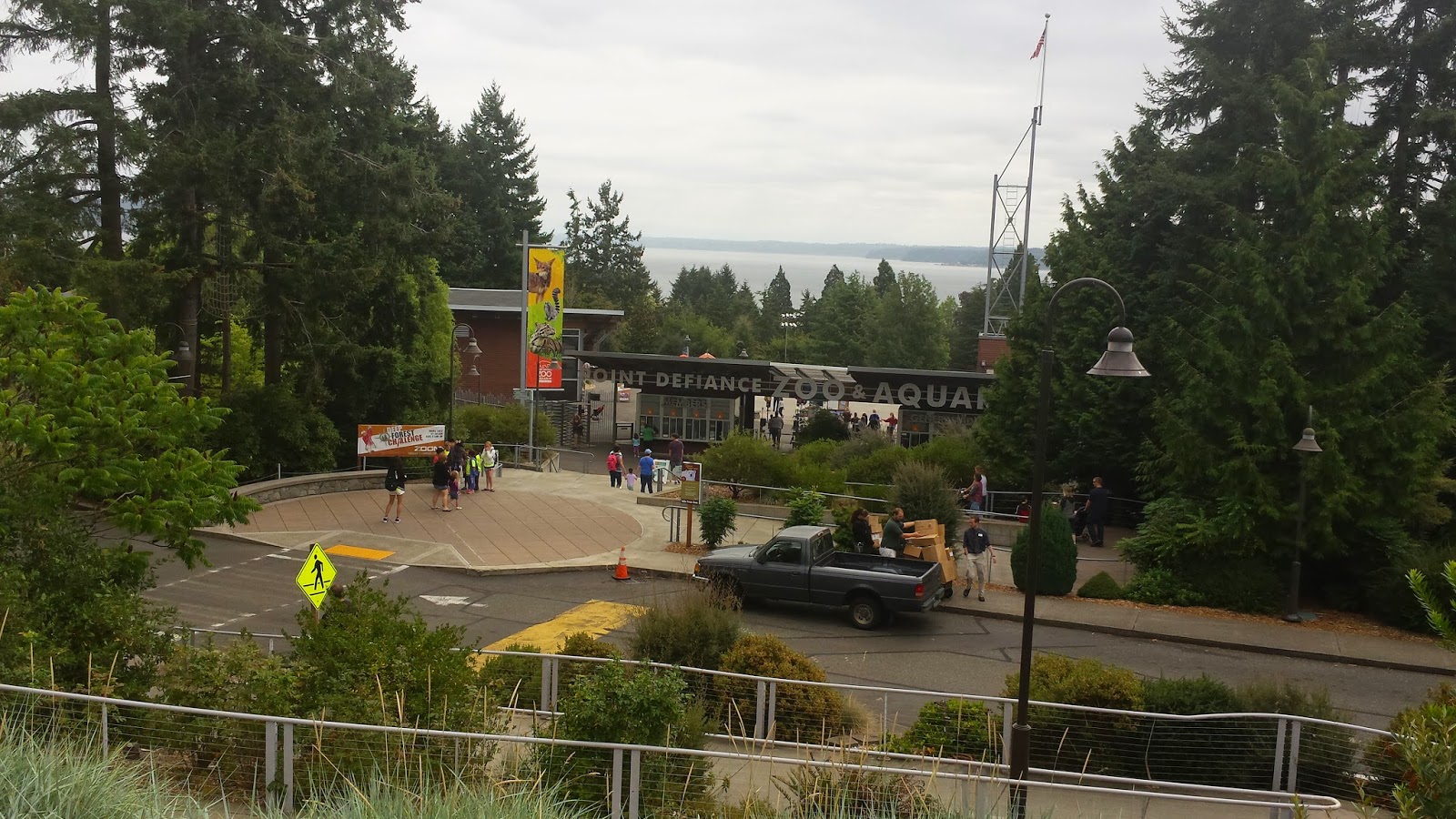 The zoo layout is nice too especially the exit out of the zoo directly to Owen beach. It's a great pittstop after a day of walking around the park. Having the aquarium was nice in that we didn't have to venture out like we did during our Portland trip this year http://www.chromiloamin.com/2014/04/portland-trip-during-spring-break.html. 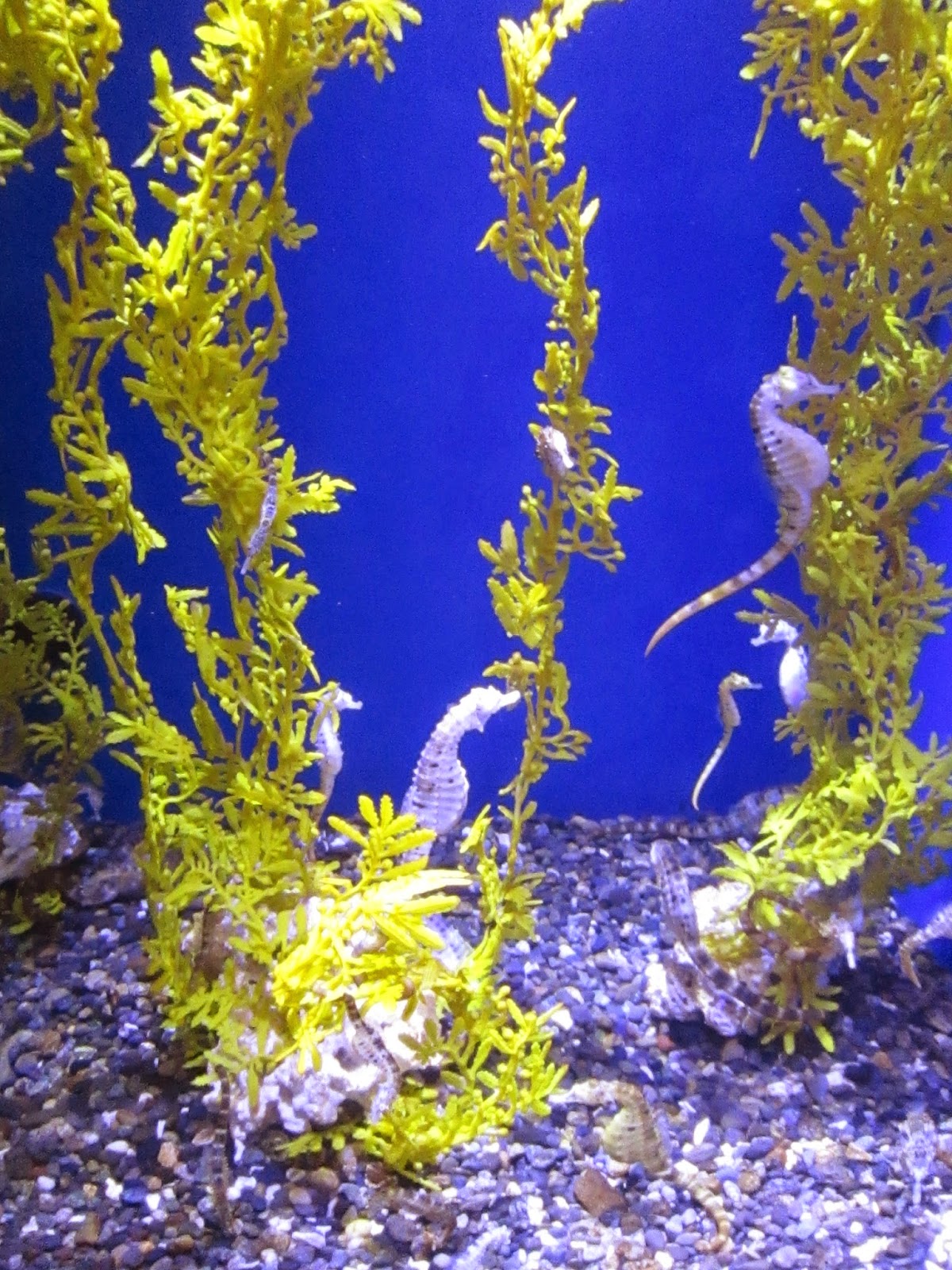 There were no dolphins at the Point Defiance aquarium but they had massive exhibits for sharks. First time I saw saw-like teeth on a shark. There was a shark scuba dive, zip lining, camel rides, an outdoor theater, but we only got to do the last two. It was definitely a good time, and the kids said they liked everything about this place. Hakuna Matata. 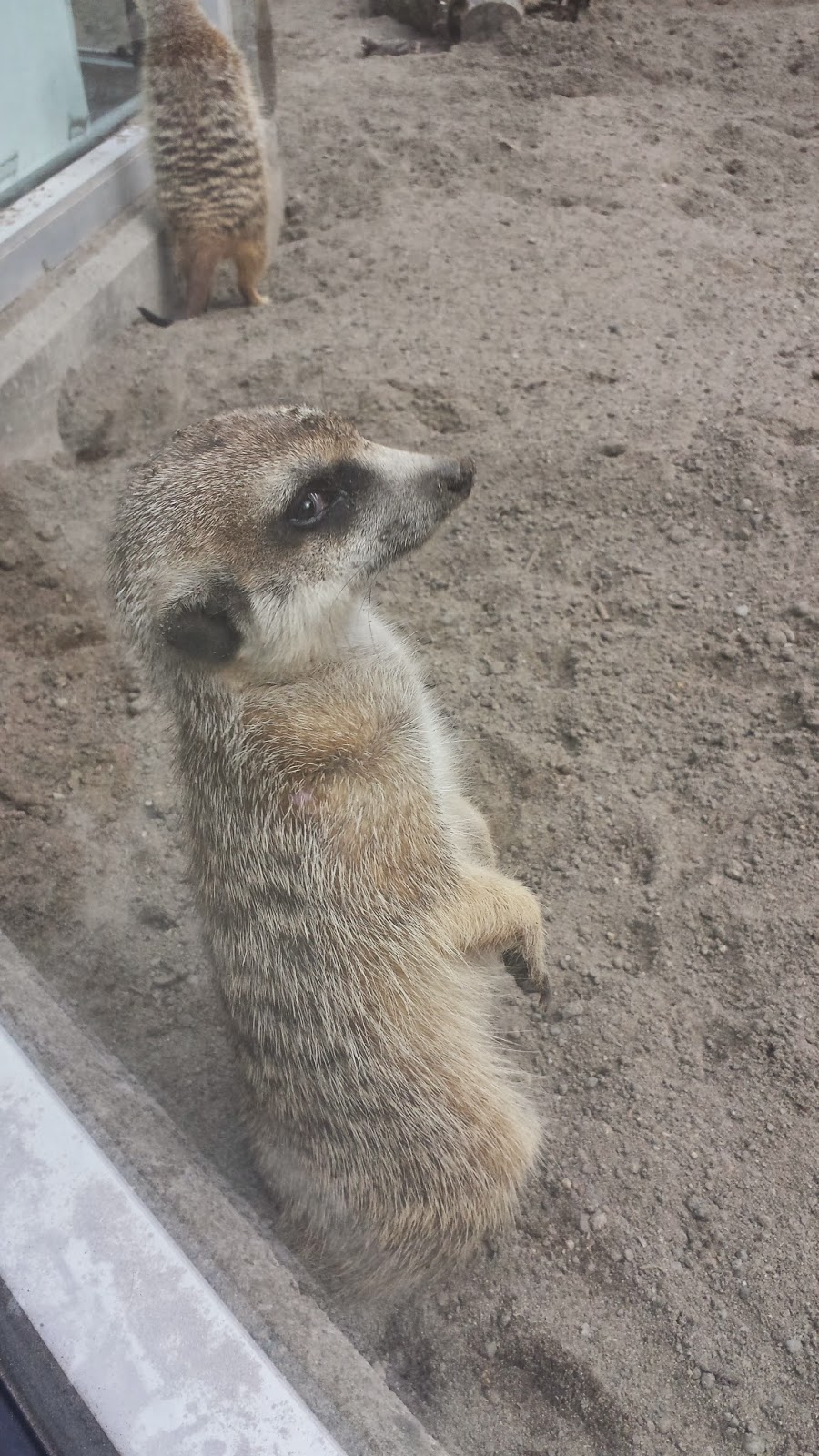 Holiday Inn at Downtown Everett
After a day of walking around, we headed out to Everett which was close to 2 hours North of Tacoma but only 12 minutes from the Premium Seattle Outlets at Marysville. We wanted to do some shopping at the outlets the next day and found this hotel to be a very reasonable alternative to paying over $500 per night at the Tulalip Resort Casino hotel. In comparison, the Holiday Inn only cost us $157 per night. It had a pool and all the amenities that my wife demands. At first we were placed in a handicapped room on the ground floor because front desk said they were all booked that night and because we had two kids with us, these were the only type of rooms with two queen-sized beds? With the Expedia booking that I made for the room, I was told that it meant we were placed in any available room, even if it was meant for handicapped patrons which I had no issues with but was not our preference because of the room layout. When I asked to be moved to a higher floor and to a standard room, they said there was none available so I asked to cancel our room but was told there was no same day cancellation with the Expedia booking that I made. I simply asked them to put me on the waiting list when a room became available, and that we weren't happy customers. A few minutes later, front desk calls back saying that a room was available because of an early checkout at 6pm, which I suppose is entirely possible. We were more than happy to move and thanked front desk for her prompt attention to out requests. Next time, I'll be more specific in our room requirements when booking through Expedia or Priceline. The rest of the night was fine. There was a Chinese restaurant within walking distance and then we went swimming in the indoor pool. Parking was free and they offered a voucher for free breakfast for kids the next day. It was fine.

Premium Seattle Outlets at Marysville
The outlets by Tulalip Resort Casino is a popular destination for many Canadians. If you haven't gone shopping for your kids'back-to-school supplies yet, head out to the outlets as you may still get bargains. We bought soccer cleats for our kids soccer game season starting in September, some swimming trunks for weekly swim lessons, and lunch bags from the Disney store. Michael Kors outlet store is now open and of course we had to go once, twice, three times to make sure before buying the watch that my wife really wanted. It's an expensive detour before heading back home.