Where To Get Little Mermaid (Ariel) Birthday Party Supplies? 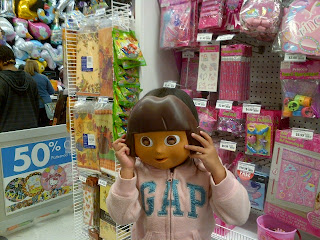 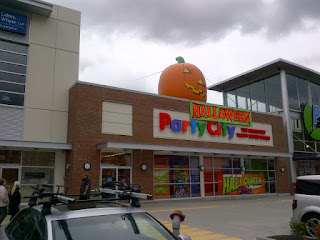 This is actually posed as a question because I don't have the answers.
It's my little girl's birthday soon and we are planning a Little
Mermaid (Ariel) themed party. However, I realized it was very hard get
this specific Disney character shipped to Vancouver, BC. We usually
order our birthday party supplies from Celebrate Express
(www.celebrateexpress.com) and am able to get some supplies like
balloons and banners with Ariel printed on them but am unable to order
invitation cards, party favors, or table cloths with same Disney
character. Why is that? It can't be a licensing limitation because
everything should have been barred if that was the case.

A possible answer is that there is some sort of rotation for release
of various Disney characters. The other day we were at London Drugs
looking for Little Mermaid blueray or DVD media and was told that I
would have to wait 4 years (or when the stars were aligned) for
restocking. He said that anything not sold would have to be sent back
so they don't have any in stock. I supposed this cycle applies to
birthday party supplies as well.

It wasn't all for nothing because by visiting Party City I did learn
that Dora as a costume is very scary. Tell me this doesn't make your
skin crawl?