Great Alternative to Sleeping on the Streets 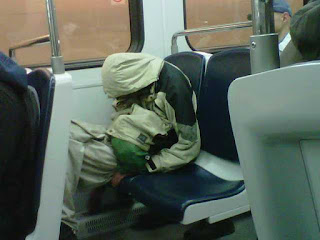 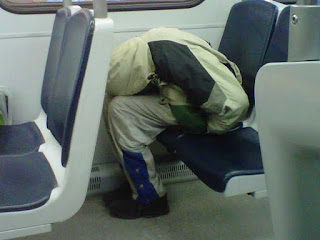 I saw this homeless man sleeping on the Canada Line on my way to the
YVR Airport. I forgot to disembark at the terminus station and the
skytrain started heading back to the Waterfront station. I noticed
that the homeless person stayed on and continued sleeping, so I
gathered that he probably had been sleeping on the same train going
back and forth between terminus stations.

Nothing wrong with that because I know that riding the skytrain lulls
me to sleep everytime I take it. Its a little chilly outside before
8am so I'm sure the poor guy was probably just trying to keep warm. I
hope transit officers don't kick him out for overstaying on the trains
as it appears it isn't too busy.