A day at the Cloverdale Rodeo 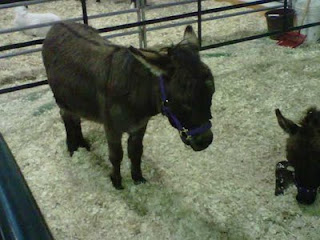 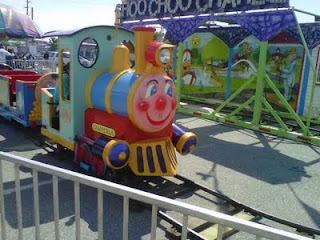 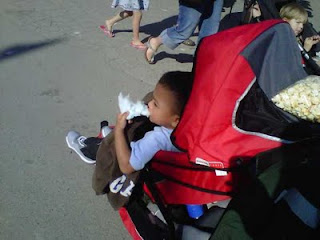 We had a fun time at the Surrey Cloverdale Rodeo this past Victoria
Day long weekend. Always enjoyed going to the fair since I was little
and this fascination hasn't faded. I think the kids also enjoyed
themselves (at least until the little one dozed off in the stroller
for most of the day).

We bought cheap tickets across the street at London Drugs for $8 a
piece and kids were free. Parking was also free as I found street
parking alongside the Holiday Inn. As soon as we were in the grounds,
we dove in and started with the kid rides. My boy liked the Chochoo
Train ride and we rode it twice. I didn't like the Monster Truck ride
as it was hard on your derriere. I had to go with him on most of the
rides as he isn't too comfortable going at any on his own yet. The
only thing I didn't like was coming to the fair unprepared for the
ride tickets. They didn't accept debit or credit at the ticket booths
so I got dinged $3 plus additional bank fees to take out money at ATM
machines.

We spent some time at the Agri Zone, petting all the farm animals that
my son knows and loves so much. We saw funny looking llamas, a big
lonesome pig (I affectionately called it 'bacon'), some cows, rabbits,
hens, wild chickens that eeriely look like prehistoric dinosaurs,
goats, asses (donkeys really but just liked saying that), horses,
dogs. We walked through a hay maze and crayon-colored a tuna fish hat.

Later on, we met up with Tito Philip & Tita Ava, then with Tito Nick,
Tita Weng, Tita Rosalie, and Veronica. We walked around lazily through
the grounds into the Marketplace sampling popcorns, cotton candy,
salad dip, world's best clothes iron, steam mop, etc. Weather was just
right and we all had a mild tan after.

Did you go this year?